The Tri-Cities Conservatives hosted their first event with very special guest MP Lisa Raitt, Deputy Leader of the CPC. We left impressed with her depth of knowledge and the direction of the Party. After flying across the country for a caucus retreat in Victoria, attending numerous functions, and dealing with rumours about running for the Ontario PC, MP Raitt had lots of energy for every one who attended.

An oversold crowd of 50+ attended at the Burke Beer House in PoCo. 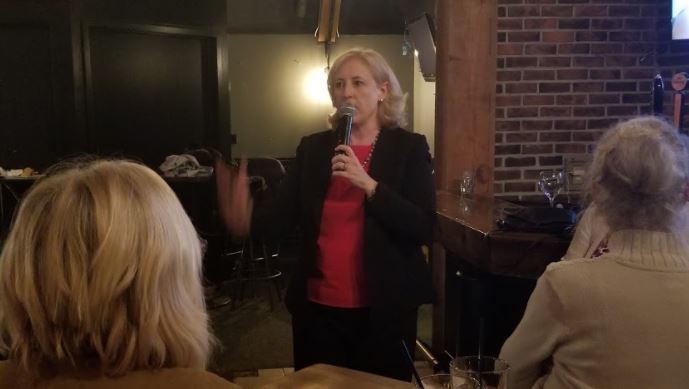 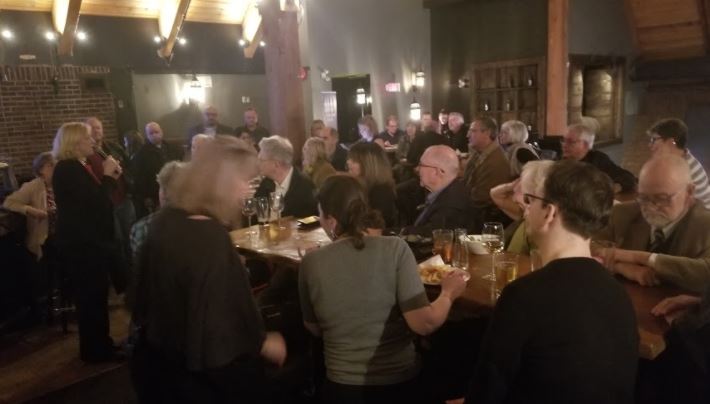 She told us what's happening in Ottawa with the CPC.

Lots of time for pictures including with the Port Moody - Coquitlam and Coquitlam - Port Coquitlam presidents. 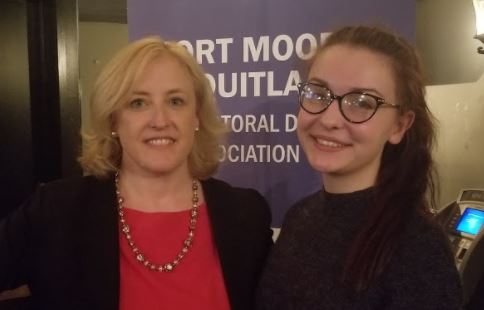 Thanks to super volunteer Elizabeth for helping out.